Get fresh music recommendations delivered to your inbox every Friday.
We've updated our Terms of Use. You can review the changes here.

The Smile Of The Sad Ones 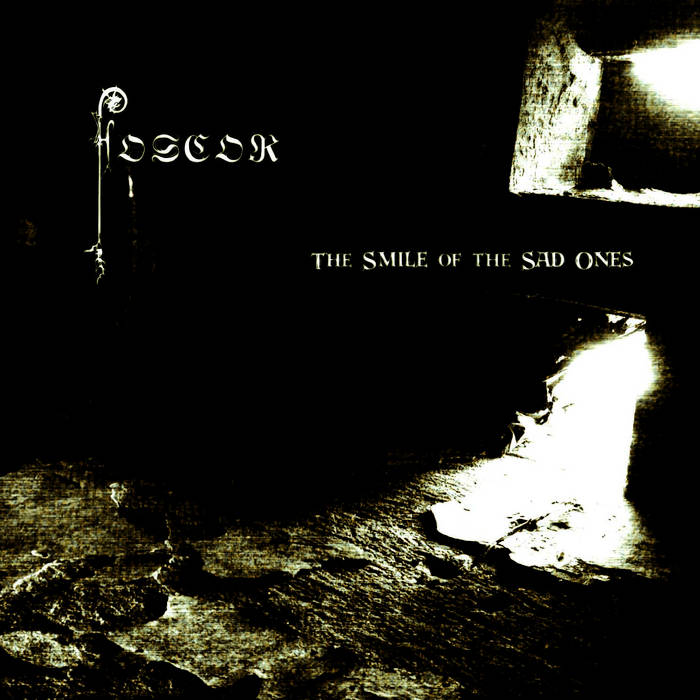 “FOSCOR are by far the most potent and vicious Black Metal band from Spanish shores... Individuality as a mediator between the old school and new (un) orthodox Black Metal in the vein of Deathspell Omega and others…”

“Integrity. A word that is becoming increasingly hard to associate with black metal... thankfully, there are bands like Foscor... no sensationalism, no bullshit, just 52 minutes of urgent, evocative black metal.”

“Foscor are hardly so esoteric; they mostly use minor chords, but from them they wring tears and blood…. I love it when black metallers' hands form jazzy shapes..”

All music composed and arranged by Foscor between Autumn ’05 and Spring ’06.
All lyrics by Fiar, except “Les Hores- Oració en la teva mort” poem on “El Palau dels Plors” ending, by Salvador Espriu.
Drums recorded and mixed by Gorka at The Room studios some days of July ’06.
All other instruments and vocals recorded by Falke at Noctiflorous Studios between July and September ’06.
Mixed and mastered by Falke at Noctiflorous Studios winter ‘06/’07.
Produced by Foscor.
Band pictures and eerie landscapes by Namtaru Creations at the “Balneari de la Puda” March ’07.
All designs conceived and designed by Dios Perezoso/Puerta Oskura Winter ’07.
Logo and phoenix icon by Foscor based on Catalan Modernism period.

Attracted to and build upon these foundations, they take inspiration from the morbid, decadent, and sick reflections on a rapidly changing society.

May darkness be tragic. ... more

Bandcamp Daily  your guide to the world of Bandcamp